She styles her hair like Margaret Thatcher and counts the Iron Lady among her political idols. Now the female face of Georgia’s pro-Western Rose Revolution is challenging her former ally Mikhail Saakashvili.

Nino Burjanadze is emerging as the key threat to President Saakashvili over the disastrous handling of the war for South Ossetia. Protest was muted while the Russian Army occupied Georgia but its withdrawal is stirring opposition demands for him to go.

Mrs Burjanadze, 44, poses a particularly potent threat because she was the revolution’s second-most powerful figure. She marked the fifth anniversary of the Rose Revolution this week by founding her own opposition party and demanding early elections, saying her former allies had no moral right to remain in power.

Mrs Burjanadze was acting president while Mr Saakashvili campaigned in a snap election in January that was called after he ordered riot police to break up opposition protests last November.

She was chairman of parliament for seven years until she resigned from his ruling National Movement a month before elections in May.

She began her campaign against Mr Saakashvili by publishing a list of 43 questions in Georgian newspapers demanding explanations for the political and military conduct of the war in August. “These are quite objective and reasonable questions and, of course, I and a lot of people in Georgia want direct and adequate answers . . . It’s absolutely necessary to understand what happened,” she told The Times. “Unfortunately, the country is in very serious trouble after these events.”

She lists the costs: the breakaway regions of Abkhazia and South Ossetia, now recognised as independent by Russia, are farther from rejoining Georgia than before the war; Nato scepticism about membership for Georgia has been reinforced, and foreign investment has been scared away.

Mr Saakashvili admitted yesterday that Georgia began military operations in South Ossestia but insisted that it was in response to Russian provocation.
Georgia’s former Ambassador to Moscow blamed Mr Saakashvili on Tuesday, saying: “Russia was ready for this war but the Georgian leadership started the military action.”

Mrs Burjanadze says that she remains true to the revolution’s liberal values and left parliament because she believed that Mr Saakashvili and his team had lost their way. 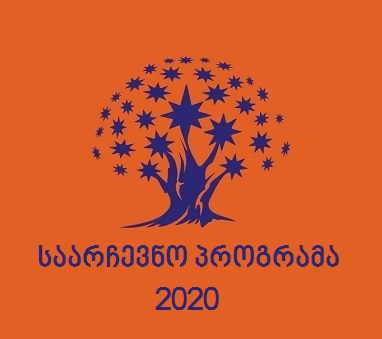